In Loving Memory of our beloved MICKEY

Mickey went to Rainbow Bridge on Christmas Eve, 2016 at the tender age of 3 yrs. He had been through SO much in his short life...found abandoned on a building site in Romania terribly injured by fallen piping he was saved by a team of Angels who rushed him to the vet where his hind leg was sadly amputated and then he contracted distemper...he came over in March 2014 and found his forever home and wanted for nothing he even gained two border collie sisters. He was a Husky X GSD with the beard of a hound. He was a most beautiful, loving, simple soul who enjoyed every moment of his life. Taken so cruelly at such a young age...but his illness came from nowhere and within four weeks he could not fight it any longer...there was no cure to be found. This boy touched many lives...they rallied around to try to help us to save him...we are devastated and empty without him. He is with PCS through the wonderful Sutterton Vets and will be back to rest in his beloved garden, which he guarded daily. Pain-free and no longer suffering..heaven gained another angel. Until we meet again xx 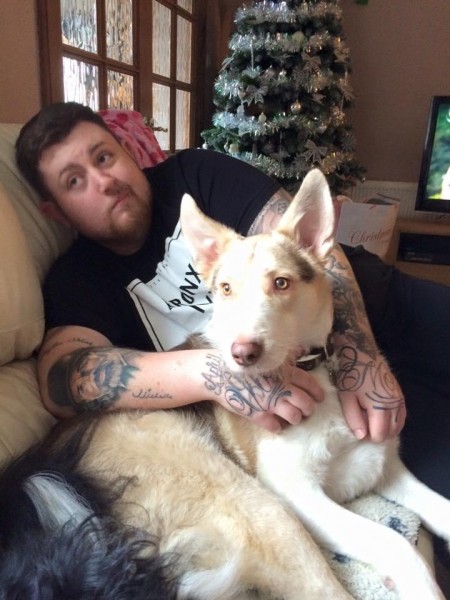